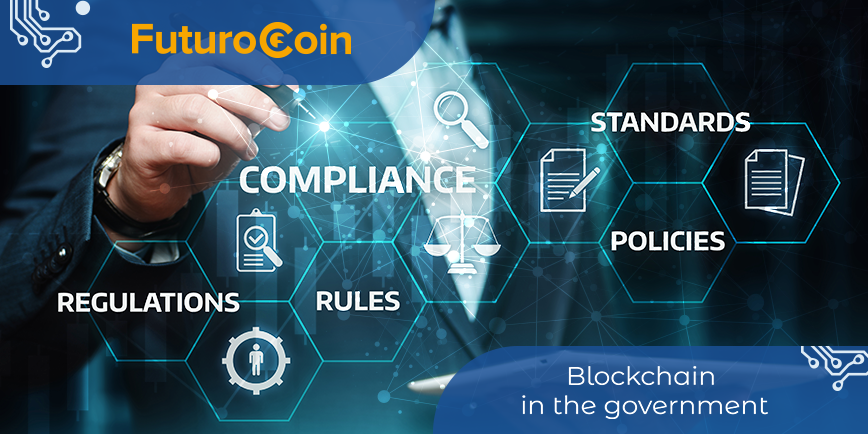 Blockchain technology is a tool created i.e. to improve government services and transparency of the relationship between government and citizens. Distributed technology can optimize business processes by increasing efficiency and security when sharing data.

The public sector has become a symbol of corruption and bureaucracy, lack of trust in terms of solving problems and providing services. Blockchain makes that trust regarding regulation and leveling of multistage and expensive processes growth.

The advantages of blockchain technology

Blockchain technology has found applications in many fields. It is irreplaceable in health care brunch, social security issues, document management, and storage. Therefore, governments in different countries can improve operations and reduce their costs. They will increase trust in governments introducing modern, decentralized and autonomous infrastructure.

The problems with the functioning of the government

The centralized system and functions fulfilled by its principles gave governments a terrible reputation. People flee from any contacts with offices, which are still associated with huge, few hours long queues and inefficiency. If the only way out of fraud is bureaucracy, simple tasks extend repeatedly.

The main problem in the government is the lack of operations transparency. Any information about the activities that the state takes is difficult to obtain. The community does not know anything about expenses tax money, and additionally, updates on this subject delays.

It is extremely irritating that the government collect and store large amounts of information about taxpayers which violates the privacy of citizens. Even mobile phones are surveillance tools. A new information gathering system could provide an appropriate way of collecting information necessary to maintain relative national security.

It is equally problematic in most countries to submit applications, for example regarding benefits. Documents have to be provided several months in advance before the consideration. Many-stage verification and auditing process, unfortunately, take a lot of time, costs a lot of money and is very time-consuming.

What improvements does blockchain bring?

Changes in the governments’ action system could certainly reduce the level of corruption, tax evasion, and data falsification. It is incredibly problematic in developing countries. However, frauds concern not only the government side but also citizens who, for example, evade paying taxes.

Work in the public sector is extremely expensive and long-lasting. Documents verification is a multi-stage and long-lasting process. Shortening at least some of the processes using blockchain technology would bring substantial financial profits and limit their duration.