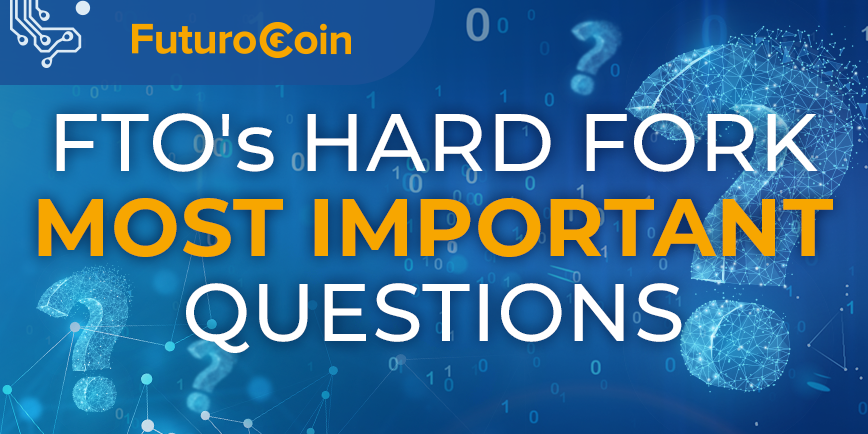 The long-awaited FuturoCoin hard fork is coming soon! Let’s remind what it is and what its effects may be.

Cryptocurrency hard fork is a blockchain fork. It appears when it cannot be determined which of the two mined blocks is dominant. The answer comes with the next mined blocks. The longer chain is the main one, and the shorter ceases to be extracted. This is how unintentional forks usually end. Sometimes it happens that two chains exist simultaneously for a long time, but one of them will be finally ‘orphaned’, and the transactions — canceled.

FuturoCoin hard fork is carried out intentionally — to introduce new functionalities to the system. Soon, new rules will come into force and will not be able to function on the old software. Therefore, you will need to update the system.

What is halving? Until now, the prize for mining the block was 13.31811263 FTO. The new mechanism, introduced in March 2020, reduces the supply of FTO by half every two years. When the amount per block reaches 1.66476407875 — the protocol will switch into tail emission and will not change the value.

What about Masternodes? Any user can set them up freely. All you need to do is to install the node, have a contribution of 10,000 FTO and configure the node. You can learn more from the previous articles.

The open-source nature of cryptocurrencies and the growing popularity of blockchain and cryptocurrency technologies means that hard forks will remain one of the integral elements in the development of both.

Get ready for changes that will come into force soon!

Check out another news on newsroom.futurocoin.com!