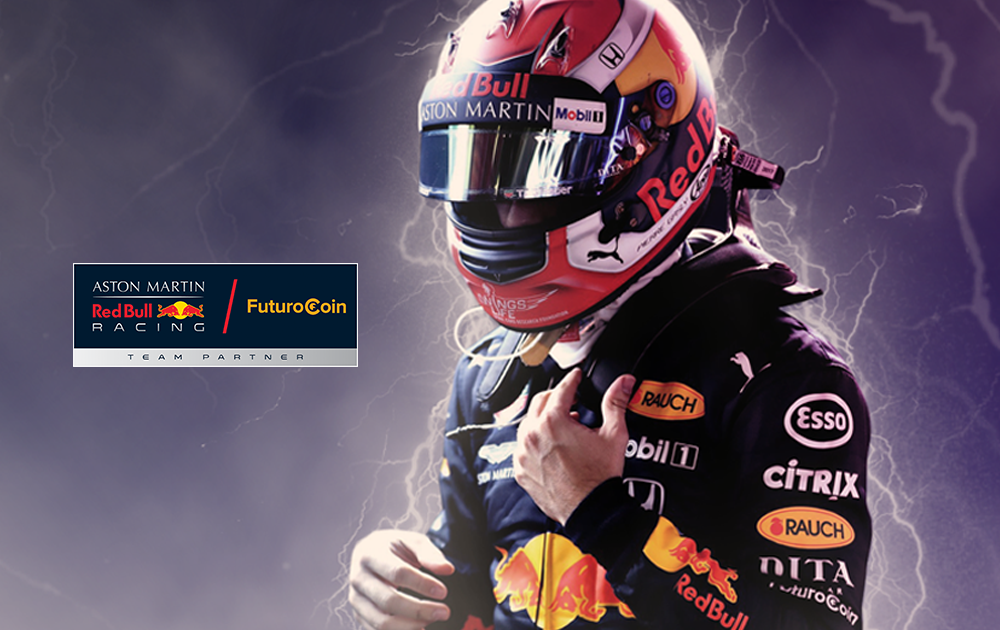 On Sunday, March 17, 2019 Formula One season will start. As usual, everything will begin in Australia. Sponsored by FuturoCoin Aston Martin Red Bull Racing will be fighting for the win among 9 other teams.

As you may already know, we signed a sponsorship deal with Aston Martin Red Bull Racing last month. So, FuturoCoin logo will be on the cars, equipment, etc. We had to wait almost two long months for the start of Formula One. Now, the waiting is over.

F1 is the queen of motorsports. It is the fastest, the quickest, the most technologically advanced and the most glamour competition in the moto world. Formula One is synonymous with futuristic thinking, innovative developments, and revolutionary approach. The Formula has always been a step ahead before regular cars. Since the very beginning in 1950, F1 cars have set new trends and paved the way for the whole industry.

FuturoCoin shares the same approach. We are the cryptocurrency of the future. We want to set standards for the crypto industry, and we are set to become number one. So, our cooperation with Red Bull team seems obvious, really. We share the same values and we want to conquer our fields.

Melbourne for a start

A month ago, Red Bull Racing presented its car for 2019 season.

Unleashing the #RB15 for the very first time! ?? pic.twitter.com/YVJKbNxvUo

So, we are finally here. Since we signed the deal, we’ve waited for that moment. On Sunday, our favorite team will start the season. First stage: Australia.

Since 1985, Australian Grand Prix is officially one of several rounds of the Formula One World Championship. Since 1996, it is the very first race of the year. The Australian race is one of the most prestigious in the whole competition. Red Bull Racing drivers had some success there in the past. In 2012 Sebastian Vettel won the race in Melbourne and later defended his title. These were the golden years for RB team.

On Sunday, Pierre Gasly and Max Verstappen (the youngest driver ever to compete in F1 race, 17 years 166 days old) will try to match the achievement of Vettel. We’re more than proud that we will support these two talented drivers on their path to victory. We are convinced that with our support, Aston Martin Red Bull Racing will once again fight for the highest price.

Be sure to check out our medium page, so you don’t miss any future updates about FuturoCoin: https://medium.com/futurocoinfto.